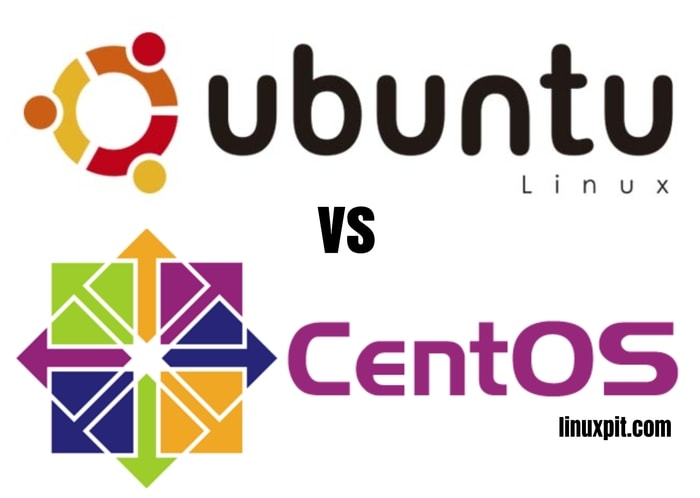 Unlike other OS, the Linux OS and its derivatives offer their users to solve a big puzzle and select a suitable server for them. When there are more options, it becomes tough to choose one. It will be tougher once you need to select the best one, maintaining qualities and suitability. Once you get two very leading servers like Ubuntu and Centos, then you are really in a big dilemma to choose the right one. So, the fight of Centos vs Ubuntu begins.

15 CentOS vs Ubuntu Facts You Must Know

In this article, I shall discuss some of the essential facts about CentoOS and Ubuntu. These will help you to understand which distro is suitable for you. I have arranged a comparison between Ubuntu and CentOS in some categories. I hope these will give you a clear idea about them.

Before going to evaluate the result of the centos vs ubuntu, we should get an overview of both OS. Both of them are very close to each other in case of their performances. There are differences as well, which made one superior to another. But this superiority is not applicable in the same way when it goes to the user end.

Some categories of users find the Centos suitable, and some find Ubuntu. It happens to the different usage of the users. We will gradually see which one is the superior one and to whom it works best.

Centos is a Linux distribution that was launched back in 2004. This open-source Linux distribution is considered to be one of the replicas of Red Hat Enterprise Linux, shortly known as RHEL. This highly customizable distro uses the enterprise-class operating system. The user end is mostly the corporate IT world. The security system is high, and it has become a safe choice due to the stability and fewer corporate-level security updates.

It is based on Debian architecture and comes with a variety of apps. The distro is very suitable for both personal and professional uses. It has more than forty thousand applications. This distro gets updates with fewer intervals. As a result, it fixes its newly popped up bugs with each update. The customization possibility is more and has a top-notch security system. 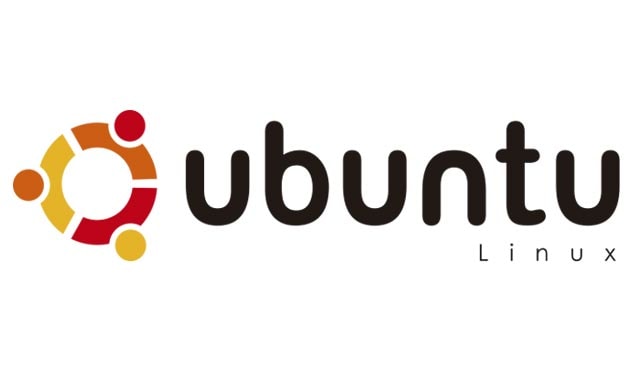 2. Centos Vs Ubuntu Installation and Configuration

The installation and configuration of both Ubuntu and Centos are more comfortable with some differences. These differences are minor. But, these slight differences made proper distinctions between these two. Both are easy, but the experience of comfort feeling is different for different categories-of-users.

Ubuntu has a straightforward and easy installation system. Anyone can easily do the installation. However, you will not get any graphical interface. The configuration of the Ubuntu server is relatively straightforward in case configuring it with the desktop version of it.  It uses the ‘apt-get package command,’ which is also easy to use.

Centos also has a straightforward and easy installation system with good strength. However, it is an easy and faster process for the system administrators providing a graphical interface. Installation of software, settings, etc. is a bit tougher than Ubuntu. Centos uses the Yum package command and provides powerful configuration options.

On average, the performance of Ubuntu and Centos seems to be equal. Some of the apps run better on Ubuntu, and some show better performance on Centos. But considering the whole performance, the result of Centos vs Ubuntu is equal. In some cases, Ubuntu provides advantages as it is compact by default. However, the difference is very negligible.

4. Centos Vs Ubuntu Performance on Devices

Centos is a bit older in its attitude; thus sometimes does not perform well or does not recognize the few hardware of new laptops. This problem is not there in Ubuntu. The updates of Centos are rare in nature, where else the updates of Ubuntu are much often. Thus it is made accustomed to the new hardware once updated. So, Ubuntu gets a positive sign for the new hardware performances.

As new to anything, you always expect some guidelines. When you get some directions, you prefer more in number so that you can select a better one from them. Ubuntu has a massive community, and thus, they can support a lot in this regard. There are a lot of tutorials and guidelines available for you. You have the scope to select the suitable and effective one for you. 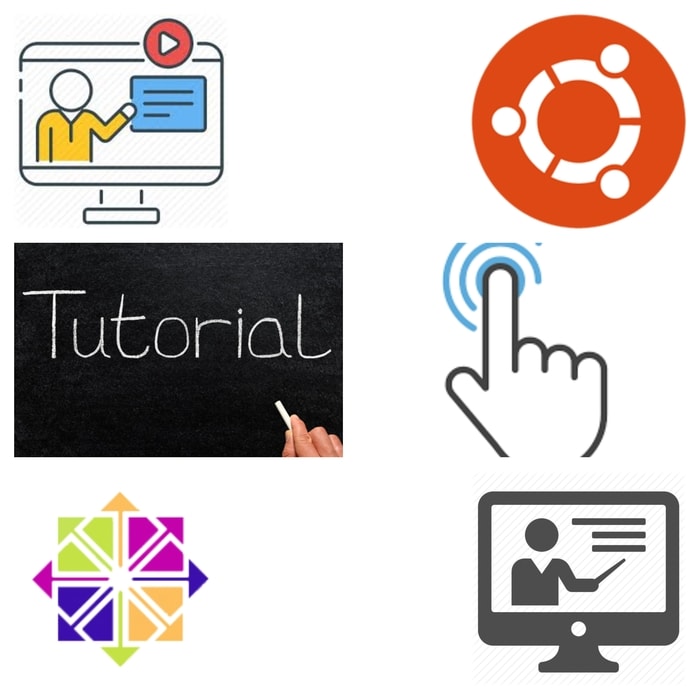 Guidelines and tutorials are also available for Centos, but they are comparatively less in number. However, Ubuntu has gained much more popularity than Centos to the new beginners.

When you get something new, you remain in doubt about the latest version. There might be some issues that you might not like and become a threat to your business. Centos server being stable gets priority in Centos Ubuntu dilemma. Centos gets fewer updates compared to Ubuntu. It proves that CentOS is more stable.

How can a less frequent update be a better and stable one? Yes, these are long tested and thus do not require a significant upgrade. The update is done once the developers get a confirmed and stable update. Thus Centos win here in this Centos vs Ubuntu fight.

Controlling via command-line variant, the CentoOS version 6 seeks 392MB memory, which becomes 1 GB for the non-x86 architectures. The 7th version will require memory of 1GB, which also requires a minimum of 10GB hard disk space. You will need a 20GB hard disk space for better performance.

Ubuntu asks for a system memory of 2GB with a 2 GHz dual processor. With the capability of 1024×764 screen resolution of VGA, the Ubuntu desktop edition requires 25 GB space in the hard disk.

While considering the update frequency of packages, then the CentOS lacks behind. The rate is less in the case of CentOS, thereby the stability of CentOS is found to be less than Ubuntu. However, this stability difference is so less; thus, it does not bring any issue in case of instability and security of Ubuntu. You may have to install some software manually if they are of the latest versions.

Recommended Post: 11 Basic Things To Do After You Install Ubuntu Fresh For A Smooth Journey

Ubuntu Desktop has got more popularity than CentOS as a desktop distro based on RHEL has fewer users than Ubuntu. It gave Ubuntu an advantage to its users while running on the server. Because users of Ubuntu will need very little time to get accustomed to its VPS server. On the other hand, CentOS users will find it tougher while running it on their server.

The suitability of CentOS found to be more than Ubuntu in case of running web hosting services. CentoOS is most computable as it offers more management panels that are required while running web hosting services. CPanel, Webmin, DirectAdmin, etc. management panes are biased on CentOS and other distributions based on RHEL. Ubuntu has very fewer alternatives (Webmin/ Virtualmin or VestaCP) for cPanel. Moreover, it does not support cPanel.

11. The gameplay of CentOS and Ubuntu

The game players must have heard the name of Steam. It is a development by Valve Corporation to make a multiplayer platform. To understand the dominance of Ubuntu and CentOS on the gameplay, we can take the statistics of users of Steam. Ubuntu has 30% Steam users alone where all other distros take the rest share.

However, it is well seen that CentOS developers did not prepare it for the gamers. On the other hand, the developers of Ubuntu have considered the mind of games, and thus, Ubuntu is better, possibly the suitable most platform for gaming.

Ubuntu is very disciplined in case of releasing a new version. We may have known by now that every six months, Ubuntu releases a new version. They are very strict on this aspect. On the other hand, there are no time rules for the release of CentoOS. Their release time may vary from one year to several years. So, Ubuntu gets a new and problem fixed touch within a short time. It brings creativity and gives users relief from many issues within a short time.

Ubuntu has a standard and potent advanced software management tool named Apt. It allows you to download DEB packages and handle version upgrades. CentOS being the derivative of RHEL, uses Redhat Package Manager or RPM. It is not that user-friendly like the Apt management system.

CentOS is all in one where you will not get a massive collection of repositories. But, CentOS will surely fulfill all your demands within its limited abundance of apps. Their limited apps are well keen to accomplish all the tasks. On the other hand, Ubuntu has a vast number of applications. Around 40K applications are making Ubuntu a huge resourceful distro.

CentOS has a limited number of apps; there is an advantage in it. People get accustomed to them, and there is no confusion while choosing the right one. Ubuntu will fall you under a confusing situation, or you need to analyze a lot to find a suitable application. However, you get a considerable scope and different taste of doing one task with different applications.

Earlier I have mentioned that the release of Ubuntu has a strict time planning. This is not the same for CentOS. It made a difference in the security system of these two Distros. Frequent updates made Ubuntu less secure than CentOS, where CentOS gets enough time to solve their security issues. The updates of Ubuntu are a bit buggy, and CentOS has a three-layer patch for security.

Which One To Choose, after CentOS vs Ubuntu Fight

Before going to finalize your choice, we let us once again watch the CentOS vs Ubuntu battle at a glance to understand which one is perfect.

The table mentioned above shows the differences between CentOS and Ubuntu. However, these do not make any distro superiors in any field. If you are a gamer, then you have one distro to choose, and you have to think of a different one if you want to manage a server. So, who wins the battle? It is really up to you. Your requirements will dictate the superior or better distro in that particular field.

So far, I have tried to highlight essential aspects of CentOS vs Ubuntu fight. I hope these points will help you to find suitable distro. The Ubuntupit team does not recommend any of the distros as we do not know your requirements. But, if you are a regular computer user for healthy activity and newcomers to the Linux family, then we recommend Ubuntu as a suitable distro for you.

If you found this article useful, then please share it with your friends and family. At the same time, enlighten us with ideas if you have any. If you differ with anything with us, please let us know by commenting below. Your suggestion will help us a lot and the newcomers to choose the suitable distro.