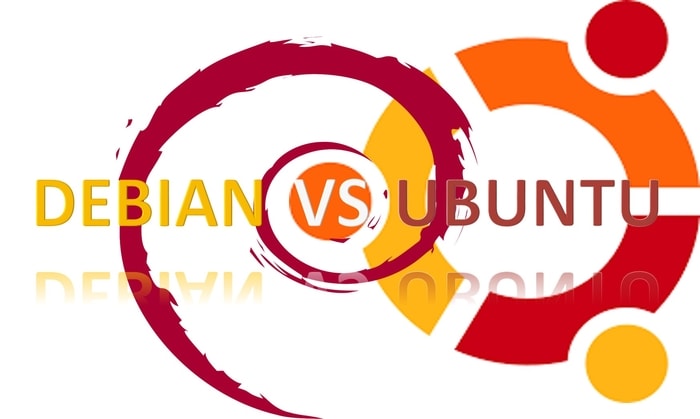 Debian and Ubuntu are very famous Linux distros. Both of them have earned a perfect place among the Linux lovers. But when you are going to start something new, what should you choose? Different Debian vs Ubuntu confusion-conflict continues inside your mind. Because both of them are not suitable for all purposes, so, today, we will evaluate these two distros to find out the suitability of them in different fields.

Debian vs Ubuntu: Searching for the Suitable Fields

In this writing, I will take Debian and ubuntu in 15 different fields. Then I will discuss their performance in those fields. It will let you know which distro a dominator is in any particular area like Debian vs Ubuntu Server will give you an idea about the perfect distro for the server. And finally, you can choose one of the distros for your work.

The timeline of Debian is older than Ubuntu. Debian was developed in the year 1993 as a pure distro fro Linux kernel. Ubuntu is not a pure distro which did not develop directly from Linux, rather it is a fork of Debian. Debian was announced by Ian Murdock, a software engineer. Ubuntu was announced by Canonical in the year of 2004. though they are originated on the same base they are made having a different aim.

Debian has three kinds of releases. These are Stable, Testing, and Unstable. However, all of them are under active maintenance. The ‘Stable’ version is the latest official release. Debian considers as production release and the recommended one for use. A new Stable release is announced regularly. 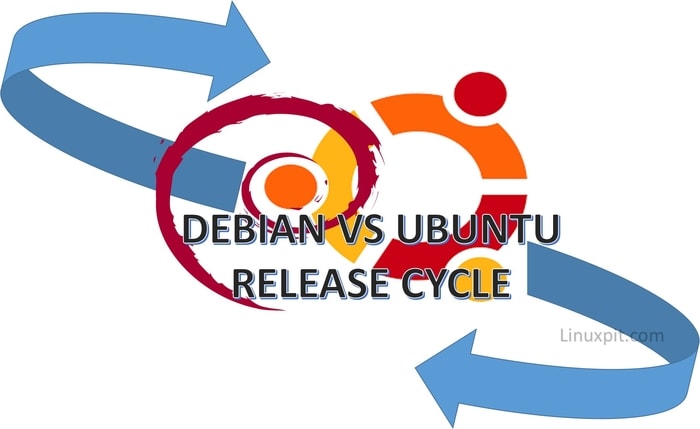 They fulfill the expectation of the users by providing three years of full support for a new release. They also offer two years of Long Time Support. The ‘Testing’ release is under maintenance and yet to be accepted for version as the final one. And the ‘Unstable’ release is for the developers, which are actually under active development.

Unlike Debian, Ubuntu has no variety in the releasing cycle. However, it follows a very disciplined way of release. Ubuntu takes only six months to launch its new version. Usually, the fifth release provides LTS. The duration of the support is often five years. These releases are categorized under enterprise-grade. However, another study says almost 95% of the versions are LTS. 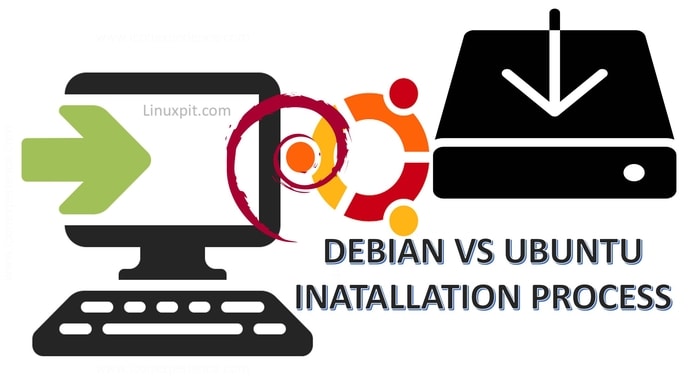 Both Ubuntu and Debian have made three categories of software. Ubuntu named them as main, universal, and multiverse. Debian called them as main, contrib and non-free. Both ‘main’ of Ubuntu and Debian are of the same types. Both of them patch bugs and security holes whenever necessary. In the case of Debian, the version will not be changed unless a new release is announced.

The Ubuntu developers are a bit open-minded, and thus, they think less about licensing and put more emphasis on stability. On the other hand, Debian developers are strict, and they do not keep any proprietary software in default Debian installation. So, Ubuntu is easily accessible for the users, and Debian is a bit tougher.

The absence of proprietary blobs has made the drivers and firmware of Debian a bit problematic. By default, Debian lacks in many firmware. For this reason, you have to choose a manual way to enable the repository and install it. Ubuntu is unlike Debian and owns plenty of firmware. They are mostly automatic in the installation and configuration of drivers.

While thinking about Debian vs Ubuntu fight, we need to understand how they come. We know that Debian comes with very few software except essential ones. On the other hand, Ubuntu comes with plenty of software. So, Debian remains free and does not think about anything else while performing. And, Ubuntu needs to consider all other associated software while performing.

It makes Debian a bit faster than Ubuntu. But that does not mean Ubuntu is too slow; rather, it performs the same as other OS like Windows and macOS. However, when it is only Debian vs Ubuntu, then Debian wins.

The setup, configuration, and navigation differences between these two distros have targeted different users for them. Being easy to install and easy to operate just after installation, Ubuntu is an excellent choice for the new beginner in the Linux family. Debian kept many options for installing and setting manually, thus needs experts to use smoothly. The new beginners will find Debian tougher than Ubuntu.

While deciding a distro for server use, you need to consider the type of usage. It depends whether you are using it for your purpose or an enterprise level. Ubuntu is suitable for personal usage as it facilitates with the latest software installation for using the server. But, Debian wins in the Debian vs Ubuntu battle when you compare them for enterprise level. It is because Debian is more reliable in case of security and stability. 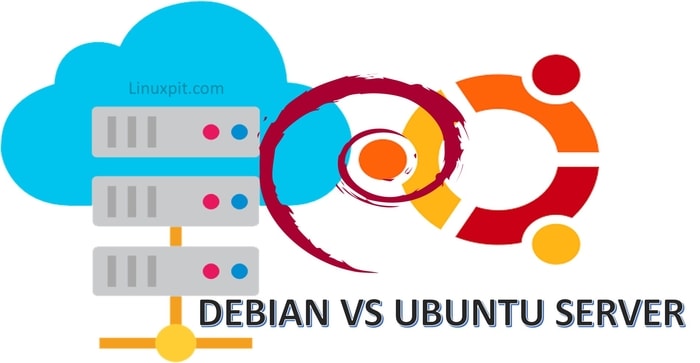 Firstly the release cycle is a significant factor, which is one of the factors to determine the Debian vs Ubuntu security level. Ubuntu releases many versions maintaining a six months timeline. Debian takes longer than Ubuntu in case of releasing new versions. Thereby, the versions of Debian are stable, and software is more secure.

Debian is a distribution that is governed by a community. On the other hand, Ubuntu is governed by a corporation named Canonical. The developers of Debian are mostly volunteers. However, they are elected from many. They only develop Debian. But, the Canonical corporation not only develops Ubuntu instead manage hardware from different manufacturers that are compatible with Ubuntu. For this reason, the spreading of Ubuntu is ensured. The support of Canonical is available in case of emergency when Ubuntu is used for broader purposes like production.

Let’s see the result of Debian vs Ubuntu software compatibility. It is found that maximum software repositories work well in both Debian and Ubuntu. Most of the time, they are compatible with both, sometimes with little change and sometimes with no change. However, editing deb packages might be a necessity in some cases. Again, Ubuntu has PPAs which do not compete in Debian.

Ubuntu is well known for its disciplined release cycle. Within a short time, it releases new versions with new features. This change, however, causes Ubuntu to be less stable than Debian. Debian is known to be more durable. It has a longer release cycle. Before releasing a new version, it gets enough time to fix all its security holes and manages to make itself a stable one. Ubuntu is very often known to raise some issues like new bugs and other normal but annoying functions.

Community support for both these distros is very active and provides all the things as the users demand. Then who is the winner of Debian vs Ubuntu Community fight? Well, if you are an expert or possess the mentality of development and going to deep, then Debian is the right choice. They are very well known for their detailed explanation in every aspect. However, Ubuntu’s community support is straightforward, so that new beginners can quickly assimilate everything. 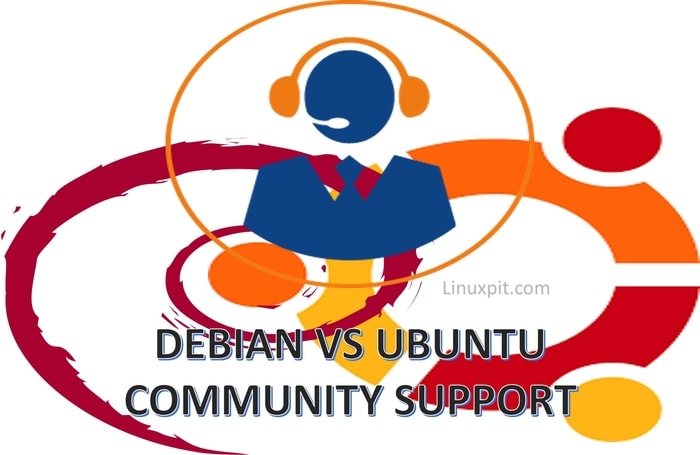 Is Debian Better than Ubuntu?

After discussing 15 points regarding Debian vs Ubuntu, I certainly not going to tell Debian is better than Ubuntu. Even I am not saying the opposite one as well. It’s like you need a blanket if you are in a cold region, and you need AC if you are in a warm area. So, you necessity will tell which one is suitable for you. May be for any particular criteria, anyone is perfect.

Read Also: 15 CentOS vs Ubuntu Facts You Must Know Before Choosing The Best One

I believe the above discussion could at least give you some relief from the Debian vs Ubuntu confusion. I am very hopeful that you can now select the perfect distro for your purpose. However, the LinuxPit team recommends Ubuntu if you are a newbie and Debian if you are an expert.

If you liked the writing, please share it with others. Your suggestions are always welcome. Allow us to know your bright ideas, if any, by commenting below. That will help us understand more.