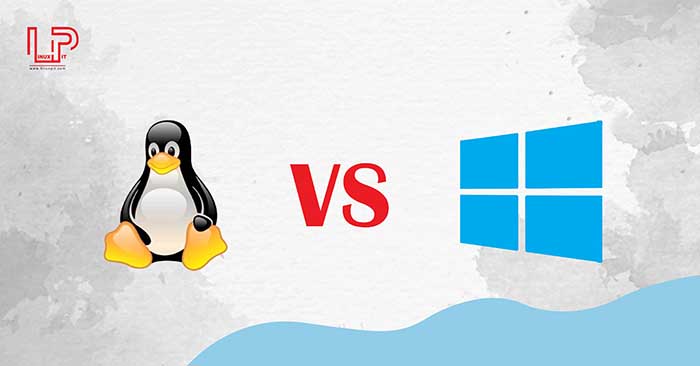 Are you thinking of a better operating system between Linux and Windows? Yes, this article is for you, giving information and comparing Windows vs Linux from a different perspective. We will talk about the advantages and disadvantages of both approaches, and we hope to provide a fair review of specific criteria.

Or you are thinking about which one will win if we compare Windows vs Linux. It’s an ancient war that has been going on for years from now. It is quite impossible to emphasize the ‘best operating system’ within a single answer. The best depends on the user’s needs and many related other approaches.

Windows vs Linux is an old war of operating systems that has led to conflicts, disagreements, and almost fanatical behavior on the internet, which seems like forever. Let’s have a look at the main differences between Windows and Linux operating systems.

All distros of Linux are based on the Linux kernel, an open source developed by Linus Torvalds in the early 1990s. Linux allows users to modify existing code as its users require. Moreover, its user can create different versions based on its kernel, which they can reuse or distribute. Linux has emerged as the top level of choice for setting up servers. That’s why most web pages on the internet delivering through a Linux distribution system. The OS is also popular on desktops, mobiles, consoles, ebook readers, etc. You can learn more and download the Linux kernel and its distros from their official website.

Windows vs Linux – A Detailed and Cognitive Comparison in Different Approaches.

Windows and Linux distros are the top operating systems globally; both have cemented their place in the computer world. Rest of this article, we will demonstrate some more features to compare Windows vs Linux operating systems. Therefore, we can draw a meaningful comparison to help you choose the best OS for your actual needs.

There are some critical differences between the two systems; in this article, we try to focus on details and cognitive approaches.

Microsoft brings the First time easy to use computer interface for its users. Buy a new laptop or PC, which will likely come with Windows installed. Users have been habituated to clicking on the toolbar and opening their favorite programs for so many years. Because of corporate agreement, Windows is the default OS on many devices. 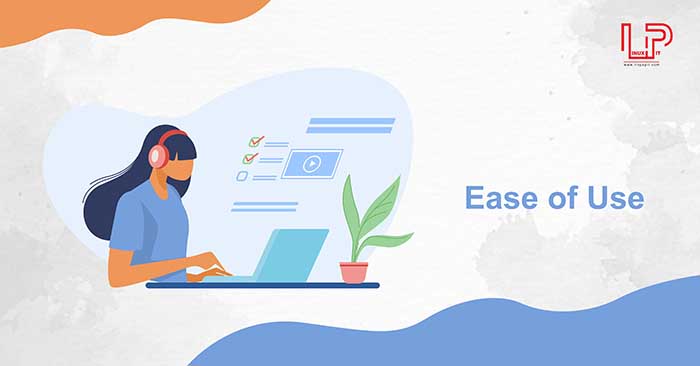 Linux distros are graphically huge improved nowadays and have made a great experience in terms of usability. Distributions like Mint, Ubuntu, and many others satisfied their installation and setup much more conveniently. Non-technical users can carry out their day-to-day activities with great ease.

In the comparison of Windows vs Linux in terms of ease to use, Windows holds the most market share than Linux.

Linux systems provide its user’s perfect privacy whatever its user wants. You can be surprised by listening that most Linux systems come with the option of built-in military-grade privacy encryption. As a user, you can ensure that your Linux device does not cause any problems with your data. A computer user must need an operating system that does not spy on its user. In terms of privacy in Windows vs Linux, Windows gives the user a handsome level of privacy. In contrast, Linux gives the all the user wants. 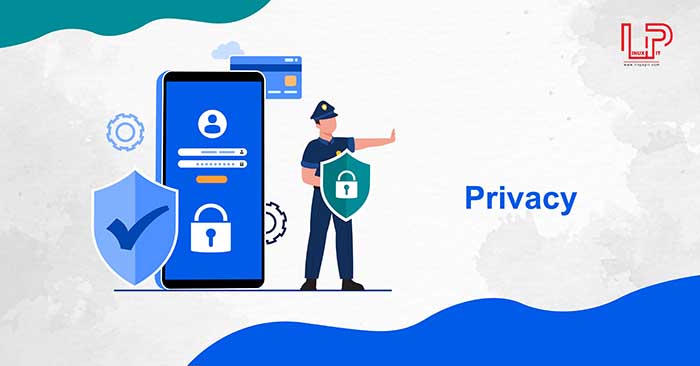 On the other hand, Windows has administrative driven privacy for the last few years. Users can opt-out but can’t totally ensure privacy hacks from their systems. Windows itself watches what they are doing and offers to sync with the various Microsoft to learn the behavior and improve its service and user experience. AI-based Microsoft Personal Assistant like Cortana always keeps an eye on your activity to assist you, which may interrupt privacy. However, many users prefer these features’ thematic feedback.

When we compare source code between Windows vs Linux, Linux will be an advantage. Windows operating system is a copyrighted commercial product of Microsoft Corporation. It doesn’t give access to its source code to modify or do any activity openly. 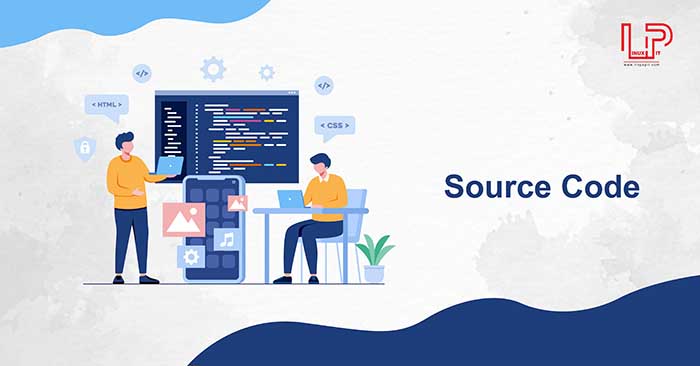 Whereas Linux Kernel is fully open source, anyone has access to source code and the right to modify the code according to user requirements. Many Linux distros have been developed using its source code.

Windows is a licensed product by Microsoft Corporation. According to the product category and version, users have to pay a different price to use windows.

Linux is developed under the GNU General Public License (GPL), which is free to use and distribute for all. Many enterprises developed some licensed versions of Linux, which are proving corporate-level service and support. 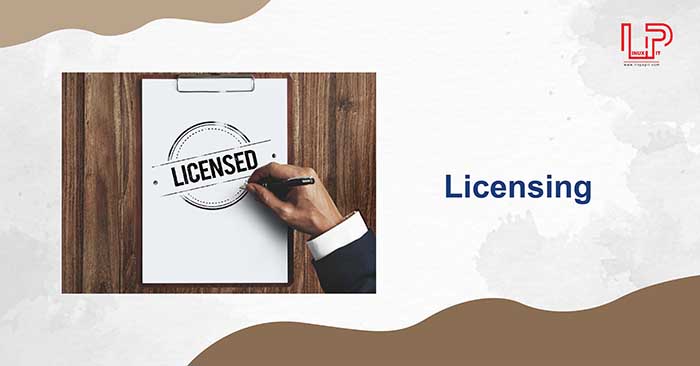 When you experience a crash on your system, you may need to reinstall Windows after a while. Additionally, as a Windows user, you need to develop a habit of rebooting your system after installing or uninstalling software or Windows update almost every time. 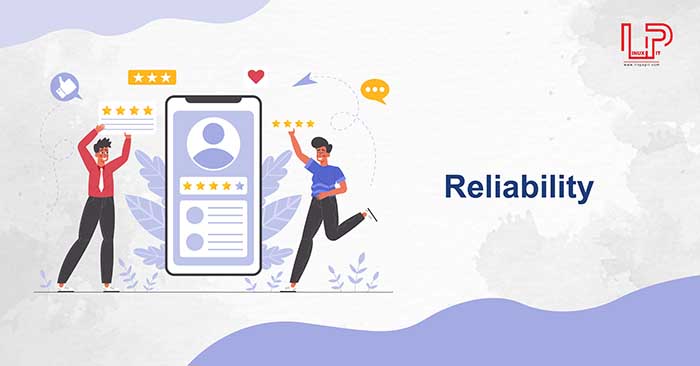 Linux helps your system run smoothly for too long periods. In fact, in the case of Linux, you can continue your work efficiently without any reboot, and your OS will not bother you. Many servers and supercomputers run on Linux for years at once.

Reliability is a complex comparison factor between Windows vs Linux. Linux is much more reliable than the Windows operating system.

We must firmly accept that Windows makes computer-based multimedia for mass computer users. Microsoft introduced multimedia in the 90s, and it still holds the most market share. Most multimedia software developer in the industry supports Windows operating system. Sound and graphics drivers and related software from hardware vendors are also mostly available for Windows users.

On the other hand, Linux introduced multimedia much later than Windows and didn’t support all file formats because of various licensing difficulties. But currently, the scenario has changed; many popular distros like Ubuntu or Mint support large-scale multimedia. Moreover, many multimedia software vendors also support Linux. However, setting up sound and video options in older versions of Linux can be relatively complex for some users. 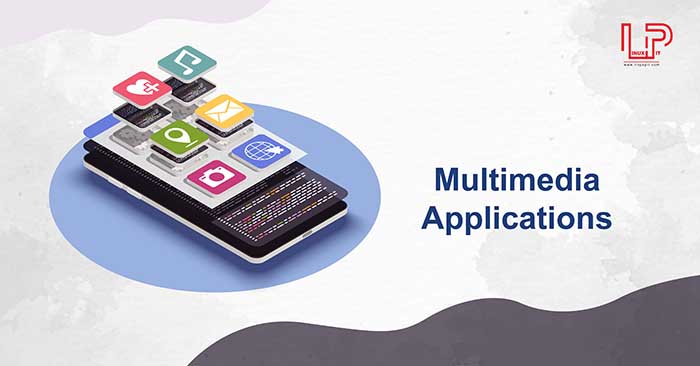 Gaming of Windows vs Linux

Linux operating system doesn’t support most of the games available in the gaming industry. However, Wine and Steam offer a vast number of games from both AAA publishers and small developers. Wine and Steam for Linux now let you install Windows games. For Linux users, it will undoubtedly change in the future.

In contrast, When the question comes to gaming between Windows vs Linux, of course, windows will win. Almost all games in the gaming industry support Windows operating system. 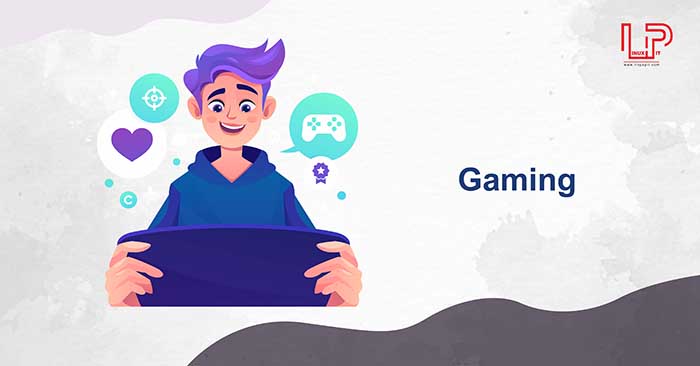 Linux supports almost all major programming languages like Python, C, C ++, Java, Ruby, Perl, etc. Furthermore, it supports a wide range of applications useful for programming purposes. You will find many already developed libraries preinstalled in Linux. Also, many programmers have mentioned that they can do things quickly using the package manager in Linux. Linux comes with native SSH support, which will help you manage your servers faster. Users can use apt-get commands that make Linux a more popular choice among programmers. 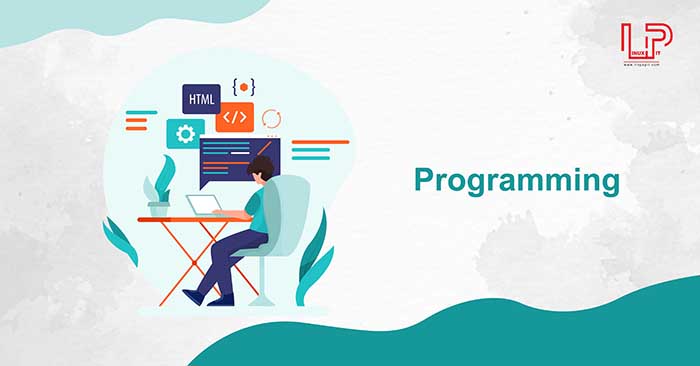 With Windows operating system you can also do programming well, but you may need to make an environment. You have to use Windows for some specific programming language and database. From the point of view of programming compared to Windows vs Linux, Linux is preferable to Windows.

The Attack Vector has yet to discover Linux, and anyone can review vulnerabilities due to its open-source technology. It makes the detection and resolution process quicker and easier, and its user-defined customizable security makes servers popular. In a security comparison between Windows vs Linux, Linux is generally more secure than Windows. 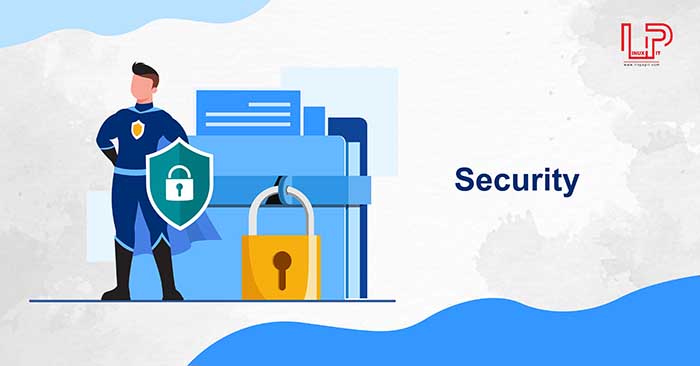 Meanwhile, although Windows has taken long steps to improve its security over the years, it is still the primary target for malevolent hackers. Due to its extensive user base, Microsoft is constantly facing new threats.

In Linux OS, the command line is a straightforward and powerful tool for administration and day-to-day work. You can open the command prompt and type commands to tell your machine to do something. If your Linux system crashes, the text-based interface occupies your entire screen.

In Windows, the command can use to open a command line and perform a basic set of operations. Command Prompt is an available command line interpreter on most Windows operating systems. It has PowerShell for limited command line applications.

Linux usage hardware very efficiently to give the best outcomes. Linux starts with a minimum of essential services to keep its performance excellence. Between Windows vs Linux, Windows performance is relatively slow, and it doesn’t mean windows is significantly slow to work. Linux has an advancement of running smoothly on old laptops; you can check out our article Best Linux For Old Laptops. 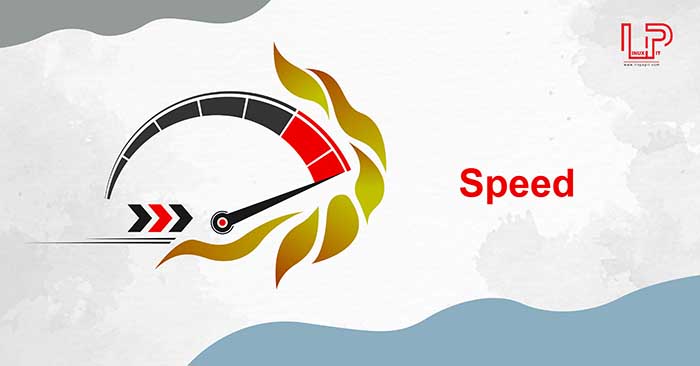 Windows is an enterprise-level service and support provider operating system. Thus it starts with many services to make the user experience accessible to anyone, which makes it a little slow. It consumes a high process and memory than Linux also.

Since Linux is open source and easy to modify, many highly customizable distributions are available based on user needs. Even you can change the code yourself as per your need. There are many enterprise-grade Linux distributions also available.

In Windows OS, you can do only software provider-defined customization only. A few user customizations are available. All varieties are almost the same, and also they are different products.

Both Windows and Linux have system update facilities. Windows provide essential, recommended, and optional updates for its users. Linux users can choose whether an update or not and can customize the update. They can manually update a single portion also. 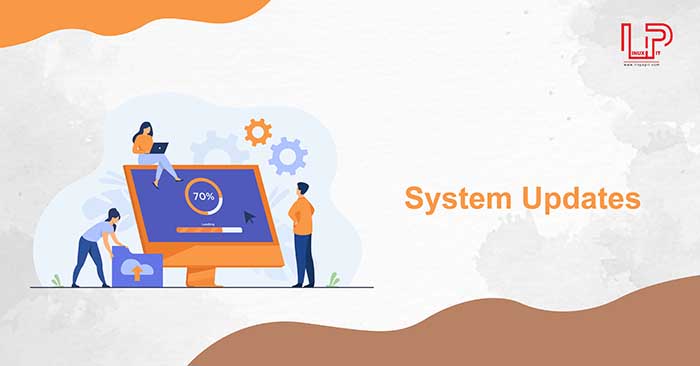 Both Linux and Windows offer extensive support. Microsoft Windows support is more easily accessible. If more extensive assistance is needed, Microsoft offers support according to agreements with its customers.

For Linux, the best assistants are found in colleagues, websites, and forums. Linux has an advantage here because of the collaborative culture of the open-source community. Some Linux distro has enterprise-level service and support, such as Red Hat, and Ubuntu offers customer support as per agreements. 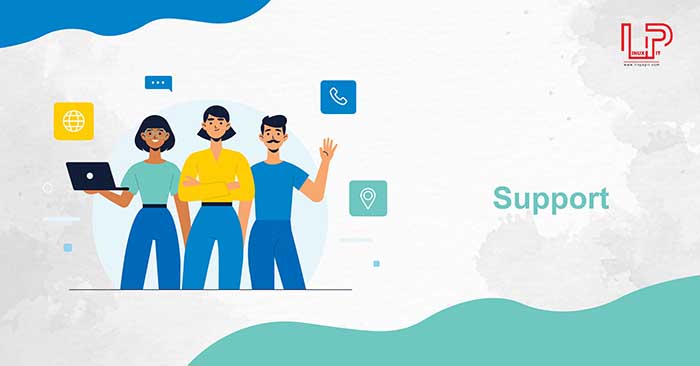 Linux is open source and community developed, so all of its distros have a free, stable version. You may need to pay for enterprise editions for extraordinary purposes or may need some paid support. You can assume Linux is mostly free.

On the other hand, Windows is not free at all; it has a trial period to try for free. A different edition of Microsoft Windows has a different price, from $300 to $1200. Price information may vary from time to time. 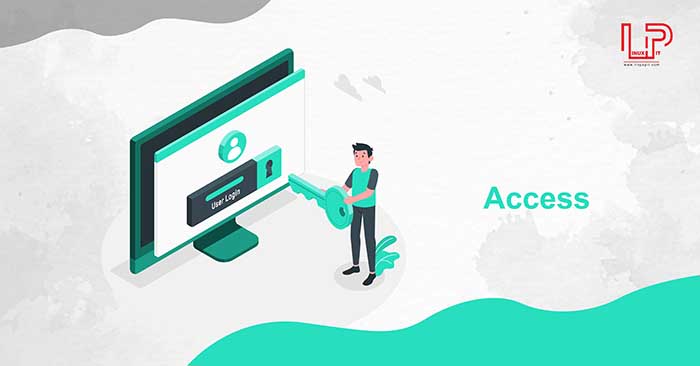 Summary of Windows vs Linux

I have tried but could not discuss every benchmark for comparing Linux vs Windows because there are so many. I use Windows and Linux equally depending on what I need to do with dual boot or virtualization. Linux provides excellent speed and security; on the other hand, it offers significant benefits in using Windows. Even non-tech-savvy people can efficiently work on personal computers.

In my opinion, no operating system is better than another. However, both are unique and serve their best to a specific user and market needs. Both OS’es have different goals.